Read Peranbu Review on DGZ Media.
No comments:
Email ThisBlogThis!Share to TwitterShare to FacebookShare to Pinterest 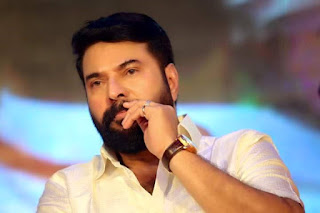 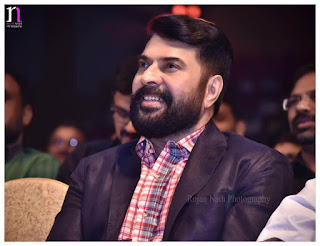 MammoottySpecial.com wishes a very Happy Birthday to Mammootty. Thanks for being an inspiration and role model for all of us.
No comments:
Email ThisBlogThis!Share to TwitterShare to FacebookShare to Pinterest
Labels: 2016, Mammootty, Mammootty Birthday

A Mollywood-Bollywood entertainer is on the cards with Bollywood hunk John Abraham expressing his wish to work in a Malayalam movie. John, who spent time with actors Mammootty and Dileep at the latters' film location in Fort Kochi on Tuesday, revealed his plans to act in a Malayalam movie. "John was all praise for Malayalam movies. He promised to initiate a discussion on doing a Malayalam film. Once we zero in on a suitable story, we will surely work it out," actor Dileep said. Meanwhile, people of Fort Kochi had a unique opportunity of witnessing a star get together after John came to watch the filming of 'Kammath and Kammath' in which Mammootty and Dileep play the lead roles.

John Abraham is in the city for shooting his film 'Jaffna', whose location is completely set in Kerala. John went to the location of 'Kammath and Kammath' at Fort Kochi around 1 pm and spent 90 minutes with the actors. In his chat with Mammootty and Dileep, John reminisced the days he spent at Aluva during his childhood.
"He spoke about his Kerala connection. His grandfather belonged to Aluva. He was named after his grandpa. When John came to know that Dileep also hails from Aluva, he expressed his comradeship by hugging Dileep. John's grandpa had migrated to Shimoga from Aluva," said Anto Joseph, producer of the film.
Showering praise on Malayalam films and its technicians, he listed out the movies that he had seen. He added that his mother, who was not a Malayali, was a great fan of Malayalam movies.
No comments:
Email ThisBlogThis!Share to TwitterShare to FacebookShare to Pinterest
Labels: Kammath and Kammath, Mammootty, Mammootty and John Abraham, Mammootty Films

The ambassador of ambassadors, Megastar Mammootty has been selected as the official promoter of 'Facebook'- the largest social networking site in the world. With this title, Mammootty will be the first south Indian star to get this honor. Indian stars like Salman khan , Aamir Khan and Amithabh Batchchan shares this honor with Mammootty, working as the ambassadors of the world's most popular site.
Mamootty had been one of the star's who very early stared his account in fb and managed it well all through. The star has got almost three lakh followers in the face book. But with this honour of official promoter, the star's page will be loaded with more stories and photographs of  his movies, making it more interesting to his regular viewers on net.
Launching his official reworked page, the 61 year old actor has sent a video message to all his facebook friends. The actor says that he is  excited to be able to connect with his  fans in India and globally through Facebook and to get their  constant feed back and comments, as well
No comments:
Email ThisBlogThis!Share to TwitterShare to FacebookShare to Pinterest
Labels: Mammootty, Mammootty event, mammootty Facebook

Mammootty’s GK is coming back

Malayalam cinema was still a coy virgin untouched by the intricacies of technology. A team with an experimental streak decides to shake her up from her reverie with an untold story. Thus was born New Delhi, a gripping thriller directed by Joshi and scripted by Dennis Joseph that bared all — the nasty goings-on in the corridors of power, the nexus between the media and the underworld, et al.
The movie, a smashing hit that came as a whiff of fresh air to the Malayali audience, was not only remade into Hindi, Tamil, Telugu, and Kannada, but also breathed a new life to the career of Mammootty who ruled the screen as the angry young man.
Now, after 25 years, the powerful character GK is awaiting a resurrection thanks to the efforts of veteran cinematographer Jayanan Vincent who will don the cap of a script writer and director for the first time, thus bringing alive the invincible GK once again on the silver screen.
And no prizes for guessing who will add flesh and blood to the character. “I can’t think of anyone other than Mammooty who can still essay the role convincingly,” says Jayanan, as he goes back to one of his favourite movies as a cinematographer.
“New Delhi was the first Malayalam movie that was shot in the capital and its high security area, and many a time a lot of candid filming had to be done owing to security issues that existed in Delhi then.”
For a movie that was shot in the cold misty December, even the lighting was a challenge, as it had quite a few night scenes,” remembers Jayanan who by now has 150 movies to his credit.
Son of yesteryear cinematographer Vincent fondly known as Vincent Mash, Jayanan started his career in Telugu but soon found a foothold in Malayalam with many IV Sasi films. His signature style in wielding the camera, coupled with his towering personality, saw Jayanan being even considered in the lead in Thrisna a 1981 I.V. Sasi movie. “It never happened as I was able to convince Sasi Ettan that I was camera shy and preferred to be behind it,” chuckles the man.
Jayanan Vincent, son of yesteryear cinematographer Vincent, dons the garb of a scriptwriter and director for the first time, for New Delhi’s sequel.