Mammootty in high hopes with 'MayaBazaar'

After Parunthu, Megastar Mammootty is putting all hopes on Maya Bazaar, a rollicking entertainer. Mammootty knows that shades of grey in his character worked against the Padmakumar film.

So this time the character that he is doing in Thomas Sebastin directed Maya Bazaar 'Akkiri' Ramesh who deals in old cars and dismantling them is going to be a Robinhood type role. Remember his fans do not like him experimenting in commercial cinema.

The shooting of the film is going on in full swing in Pollachi. The other artists in the film are Sooraj Venjaranmoodu, Rajan.P.Dev, Salim Kumar, Innocent and heroine is new girl Sheela.

Mammootty has given bulk dates and would wrap up the entire shoot in 40 days, and the film will start its post production work in the first week of September.

The film is scheduled to release for Ramzan on October 1 or 2.
No comments:
Email ThisBlogThis!Share to TwitterShare to FacebookShare to Pinterest
Labels: Mammootty, Mammootty Films, Mayabazaar, Mayabazar 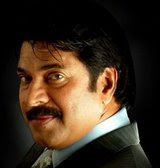 Mammootty and Kavya were adjudged the best actors in the Jesy Foundation Awards, announced a couple of days ago. Mammootty was selected, the best actor for his performance in the Shyamaprasad movie 'Ore Kadal', while Kavya got the best actress for her twin roles in 'Nadhiya Kolapetta Rathri'. Adoor Gopalakrishanan was named the best director while ‘Ore Kadal’ was also selected as the best movie of 2007.
The other awards announced by the foundation includes the ones for Pradeep Palluruthy (best playback singer-‘Katha Parayumpol’), Anitha (best playback singer - Rock N Roll), Sreenivasan, (best screenplay – ‘Katha Parayumpol’), Sathyan Anthikkad (best story-‘Vinodayathra’), Mukesh (best supporting actor – ‘Naalu Pennungal’) Kalpana (best supporting actress- ‘Anjil Oral Arjunan’).
The award will be given away on the 19th of this month at Ernakulam in a colorful function that will be organized at the Fine Arts Hall, in association with the 69th birth year of the famous director.
1 comment:
Email ThisBlogThis!Share to TwitterShare to FacebookShare to Pinterest

Mammootty Cleared that he dont want to rule Country

Malayalam superstar Mammootty has rubbished speculation about him contesting the forthcoming Lok Sabha elections, saying that he is too busy with movies to enter politics.


"This is now become a habit ahead of any election in Kerala. Let me make it very clear that I do not want to rule the country, instead I want to rule the hearts of people through my films," Mammootty said.


Speculation was rife that the veteran actor, who has over 300 films to his credit, was offered either the Ernakulam Lok Sabha seat or the Ponnani seat in Muslim-dominated Malappuram district.
"It is true that many want me to enter politics, but I'm not interested because I'm very comfortable in the present job I have and my hands are full," said Mammootty, who is currently shooting for ‘Maya Bazaar’ in Pollachi in Tamil Nadu.
His latest film ‘Parunthu’ has got a mixed response from audiences. The star said that people might not have liked him playing a character with negative shades. He portrays a cutthroat moneylender in the film.
"Maybe some do not like me in such a role. But this is all part of the game. As far as an actor is concerned, Mammootty has done his job as he always does," he quipped.
No comments:
Email ThisBlogThis!Share to TwitterShare to FacebookShare to Pinterest
Labels: Mammootty 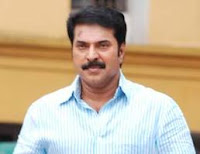 After the great success of Megahit 'Mayavi', Mammootty again team up with Rafi-Mecartin. The movie will be titled 'Love In Singapore'  or 'CowBoy'.
Though Mammootty has earlier been with Rafi-Mecartin as scriptwriters, this is the first time they will be calling the shots for Mammootty.
Mammootty's last year hit 'Mayavi' was also scripted by Rafi-Mecartin, which was directed by hit Maker Shafi, who happens to be Rafi's younger brother.
'Love In Singapore'/'CowBoy' will be Rafi-Mecartin's 18th script as scriptwriters and nineth film as directors. The movie will start its shoot by the end of October and will grace the theatres as the first Mammootty release of 2009.

Directed by Rafi Mecartin, the super hit directors of Mollywood in their own scripts 'Love In Singapore’ will present Mammootty as ‘Aakry Machu' - a man who cuised to the lanes of financial heights starting his life as a scrap dealer.The makers are planning to introduce a villain and a new heroine through this movie.


'Love In Singapore' which will also feature Suraj Venjaramoodu, Salimkumar, Harishree Ashokan, Rajan P Dev, Lalu Alex, and Nedumudi Venu will be shot at Kochy and Karakudi. Some parts of the movie will also be shot at Singapore.

'Love In Singapore' to be produced in the banner of M H M productions will be one of the first releases of Mammootty in the early months of January 2009, brought to the theatres by Vaishakha Release.
No comments:
Email ThisBlogThis!Share to TwitterShare to FacebookShare to Pinterest
Labels: CowBoy, Mammootty, Mammootty Films
Newer Posts Older Posts Home
Subscribe to: Posts (Atom)