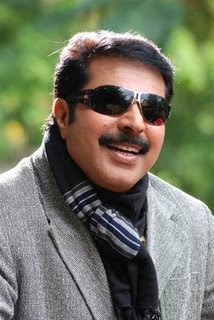 Writer, director and actor Ranjit is going to produce another film under his Capital Theatres banner with his favourite star Mammootty. The film has been titled Paleri Manickam - Oru Paatira Kolapathakithinte Katha .
Ranjit says: "As the title indicates it is a murder mystery. Mammootty will play the lead and the rest of the people will be from the theatre background or those who have worked in stage plays. The film is an adaption of the story by the same title published in the Mathrubhoomi weekly a few years back"

The story of the film is based on a murder that took place 51 years back (1958) at Paleri near Kozhikode. Mammootty plays a writer who comes from Delhi in search of his roots who investigates the murder.

For the first time Ranjit is going to direct a film whose script is written by somebody else. And he is going to have unknown new faces to play supporting characters in this film which will also be a different experience for the director. He has invited applicants from the stage to play the characters and those who are selected will undergo a crash course under Murali Menon drama camp.

Hats off to Ranjith for doing Paleri Manickam - Oru Paatira Kolapathakithinte Katha , based on a novel at a time when Malayalam cinema is totally away from good novel and literature.
Email ThisBlogThis!Share to TwitterShare to FacebookShare to Pinterest
Labels: Mammootty, Mammootty Films