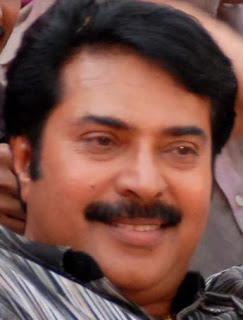 Malayalees, Tamils and the north Indian students of Annamalai university are the members of this Fans Association.

It is rare in the history of Fans Associations that a group of students who belongs to different states is joining
together for a Fans association. Cuddalore district MFWA unit having members from Kerala, Tamilnadu and North Indian states like Jharghand, Maharashtra, Bihar and U.P.

The Cuddalore District Mammootty Fans and Welfare Association unit has also started their welfare programs in the first week of the formation. The members started their welfare activities by donating their blood to the ones who in need of blood in Rajah Muthiah Medical College Hospital (RMCH) in Annamalai University. The Medical College Authority heartly welcomed this charity and said they will support all the charities and reliefs planned under the association.

Mammootty is having a great audience and die-hard fans in Tamilnadu than any other actor in Malayalam. Recently Mammootty's Superhit Malayalam movie 'Roudram' has dubbed into Tamil as 'Nari' and released across Tamilnadu which received a very good response. The other Superhit Malayalam movies like Prajapathi and BigB are going to be dubbed to Tamil. Moreover, Mammootty-Arjun team's much anticipated bi-lingual Action movie Aruvadai (Vandemataram in Malayalam) is going to release soon. All above the magnum-opus Pazhassiraja is going to release in five languages, which includes Tamil.  Find below the details about the fans association: