Mammmootty too has a Walrus Moustache! 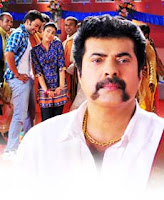 Mammootty has a new deadly new look in debutant Vysakh’s Pokkiri Raja!
For the first time the actor is spotting a handlebar walrus moustache known in local lingo as “Pandi Kapada Meesa”.

The Walrus moustache worn by Kamal Hassan in Thevar Magan became famous all over Tamil Nadu at that time, and even now top actors love wearing it.

Take a look at Tamil actor Ajith’s latest film Aasal and Suriya’s yet to be released Singam. So can Mammootty be far behind?

In Tamil Nadu this type of moustache indicates a macho tough look. In the film Pokkiri Raja Mammootty’s plays Raja son of a disciplined school master, who ran away from home and becomes a powerful local dada in Madurai.

After a rollicking 2009 which saw eight Mammootty films being released, the Malayalam superstar is now planning a month-long break from acting.

"It could be within the country or outside or both. I feel a break would do a world of good to me so I can be back fresh. All work and no rest is tiring," Mammootty told IANS.

The year 2009 was excellent for the actor with eight releases and a variety of roles, besides an honorary doctorate from the Kerala University.

But 2010 began on a sour note with Dhrona bombing at the box office and a public spat with actor Thilakan. The stand-off led to Thilakan being suspended from the Kerala artists' association.

"Lots of things have been said and unsaid on the issue. I wish to keep mum and what I have to say I will within the four walls of our organization," said Mammootty.

But Mammootty has put the year gone behind him. He is now looking forward to the release of his latest film Pramani March 26.

"Pramani is a film which I have lot of hopes and am sure it will bring cheer to all," he said.

After his break, Mammootty will shoot for Amar Akbar Antony, the directorial debut of veteran character and comic artist Jagdeesh.
No comments:
Email ThisBlogThis!Share to TwitterShare to FacebookShare to Pinterest
Labels: Mammootty, Mammootty Films, Pramaani 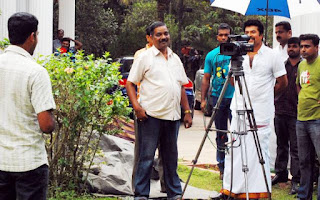 Breaking his silence on the controversy in the Malayalam film industry surrounding veteran actor Thilakan, actor Mammootty has said the entire episode was pointless and uncalled for. The Association of Malayalam Movie Artistes (AMMA) did not want the controversy to go on.
Talking to the media on the location of his latest movie, ‘Pokkiriraja’ at Muhamma near here on Saturday,
Mr. Mammootty said AMMA was ending the public discussion and the “media controversy” on the issue and that the differences of opinion would be sorted out within the AMMA. The whole episode was over “absolutely nothing” and part of a “shadow war” by vested interests, he said.
“I have no issues at all with Mr. Thilakan, and there is no question of any non-cooperation with him.
Somebody has misled him,” Mr. Mammootty said, stating that he was not worried about the reported statements of Mr. Thilakan about him.“I am ready to act with him, if he is ready to act with me,” he said.
“However, a senior artiste like Mr. Thilakan should sort out through talks whatever issues he has within the association, which is a big family. In fact, he should be an elder brother to all of us and guide us when we are wrong. But when he stands away from AMMA and criticises us, that hurts,” he said.
Mr. Mammootty also said that statements made by orator-critic Sukumar Azhikode were unwarranted.
“He is a great writer and I have a lot of respect for him. In fact he had very nice words about me when he released a book on me recently. But being a cultural leader in the society, he should stand by truth and justice.
His statements on Mohanlal’s personal issues are totally baseless and unfair. I have known Mohanlal for the last 30 years and I very well know that the statement is wrong. It is also very upsetting,” he said.
On the reported personal attacks by Mr. Azhikode and Mr. Thilakan, Mr. Mammootty said he never went about saying that he was an actor par excellence. He had confidence that he could act and there was no need to go about announcing that. Make-up and playing younger characters were part of cinema, and actors like him and Mr. Mohanlal were not continuing their onscreen persona in real life, he added.
(The Hindu)
No comments:
Email ThisBlogThis!Share to TwitterShare to FacebookShare to Pinterest
Labels: Mammootty
Newer Posts Older Posts Home
Subscribe to: Posts (Atom)