THIRUVANANTHAPURAM: Malayalam superstar Mammootty is set to launch a campaign to spread the message of environmental hygiene in Kerala.


Mammootty, 58, said in an exclusive chat that people of the state maintain personal hygiene, but they do not keep their surroundings hygienic.

"This is a real dangerous situation. It is high time that the message goes out strongly to the people that time is running out and we just can't leave our surroundings unhygienic," he said.

"I will lead this campaign and I am doing it with the support of the media here. Initial talks have reaped rich rewards and we are planning to launch a state-wide campaign," he added.

But the three-time National Award winner did not disclose the strategy.

The new programme is an extension of the numerous philanthropic activities he is involved in, ranging from conducting of free heart surgeries and cataract operations to spearheading the biggest pain and palliative care organisation in South India.

"I am the chief patron for all these programmes and each of them has separate organisations which do the actual work," Mammootty said.

He will also launch a state-wide campaign in schools against tobacco and drugs Saturday.

"Children are the future of our country and they have to be groomed. Young minds have to be nurtured and cared for," he said.

Asked how much money he keeps aside for philanthropic activities, the superstar laughed if off saying: "It is not me. It is the innumerable number of 'good hearts' who are always there to support me for the activities."

Mammootty is the highest paid Malayalam actor along with his 'rival' Mohanlal. Some of his recent hits include "Thommanum Makkalum", "Rajamanikyam" and "Pazhassi Raja". 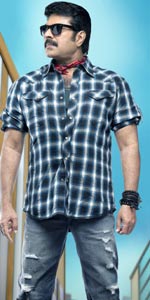 Mammootty is giving breaks to a lot of new directors “who have ideas that can make a hit”. His new director is Martin Prakkat, fashion photographer who does great portfolios for the leading women magazine ‘Vanitha’.

During one of his journalistic assignments he met Mammootty and struck a friendship with the actor which led to him becoming director of a Mammootty film. The star was impressed by his script about a UP school teacher who wants to be a film actor!
So Mammootty asked his right hand man Anto Joseph and Naushad, to produce Martin’s film which has been titled Best Actor. The film is said to be an emotional at the same time rocking comedy entertainer. Kannada actress Sruthi Ramakrishnan is Mammootty heroine in the film.

Along with Mammootty there is strong supporting cast headed by Lal, Nedumudi Venu, Salim Kumar, Vinayagan and a special cameo by the comedy king Suraj Venjaranmoodu!

Old timer Ajay Vincent is the cameraman, Don Max the editor, and Bijibal provides music. The film is produced by Anto Joseph and Naushad under the banner of Big Screen, which last produced the hit Chattambinadu. Best Actor will be distributed by Play House and will be Mammootty’s Ramzan release.

National award winning actress Priyamani after her sterling performance as Vikram’s sister in Raavanan, is all set to be Mammootty’s heroine in Ranjith directed Pranchiyettan and the Saint, a Malayalam black comedy.


Ranjith is an off- beat director who has made some of the recent best Malayalam films like Paleri Manickam, Kaioppu,Thirakatha and produced the highly appreciated Kerala Café.

Priyamani almost got her second National Award for her outstanding performance in Ranjith’s Thirakatha, a film based on the life and times of late actress Srividya.

In Ranjith’s new Pranchiyettan and the Saint. she is pitted against another National Award winning actor Mammootty, and has also Innocent a top character playing an important role. The film is a satire and has Mammootty doing the role of an unscrupulous rice merchant based in Thrissur market.

Priyamani has given 18 days call sheet for the film for which shooting starts in the first week of July in Thrissur and will be completed under a month. For Priyamani it is another feather on her cap, and it will be treat to see her competing with Mammootty.

Get Market news on Market Find
http://marketfind.blogspot.com/
No comments:
Email ThisBlogThis!Share to TwitterShare to FacebookShare to Pinterest
Labels: Mammootty, Mammootty Films, Pranchiyettan and the Saint

Reliance Big Pictures is all set to release the Malayalam film Kutty Srank on July 23rd, 2010. This is Mammootty's first film with Shaji who began his career as a cinematographer and later turned to direction with "Piravi" in 1988. Shaji N. Karun’s directorial debut won him the prestigious Camera d'Or - Mention d'honneur at the Cannes Film Festival in 1989. Kutty Srank has already been screened at Pusan International Film Festival- Oct ’09, Montreal World Film Festival- Sept ’09, Mumbai Film Festival – Oct ’09 and the International Film Festival of India- Nov ’09.
Commenting on the release, director Shaji N. Karun says, “Kutty Srank is a movie layered with several emotions and shades which could only be brought to life by an actor par excellence such as Mammootty. It has been a creative and self innovating journey and hopefully be appreciated and understood by movie lovers all over the globe.”

Mammootty has become the first actor in south to buy the new ipad , after his recent trip to the US.
Says Mammootty: “I’m a gadget geek and technology fascinates me. It’s a passion of mine to own every new device for technological advancement in the visual medium.”

Remember more than a decade back, Mammooka was the first actor in south India to make his own web site, when internet had just come in to India. He has the latest fully loaded gadgets and also knows to use them.

Mammootty is one actor who is constantly browsing the net and picking up vital information which allows him to stay ahead. As the star himself confessed : “ I use technology to stay connected with the people and the world.”
No comments:
Email ThisBlogThis!Share to TwitterShare to FacebookShare to Pinterest
Labels: Dr.Mammootty, Mammootty

Mammootty and Prithviraj’s mass masala entertainer Pokkiri Raja, has created box-office history by collecting a distributors share of Rs 2 crore 21 lakhs in its opening week from 110 screens in India (90 of them are in Kerala).

As per trade sources: “Pokkiri Raja has scored at the box-office by beating the existing record of Twenty:20, which did Rs 2.03 crore in the first week. The single biggest share is from Kozhikode Apsara (Rs 8.75 lakh), followed by Kavita, Ernakulam (Rs 7.67 lakh).


The critics may not like the film, but masses are freaking out on it. However the trade is not willing to give Mammootty full credit for the film. Says a theatre owner from Malabar area of the state where the film is doing extraordinary business: “ Mammooka appears only towards the interval point of the film. It is Prithviraj who carries the show. I would give the younger actor 55 percent for the success of the film.” Says a prominent theatre owner from Thiruvananthapuram district: “Both Mammookka and Prithviraj fans worked in tandem for the success of the film.” Any which way you lookPokkiri Raja, is surely the biggest hit of the year so far.
No comments:
Email ThisBlogThis!Share to TwitterShare to FacebookShare to Pinterest
Labels: Mammootty, Pokkiriraja

Mammootty is the most popular Malayali 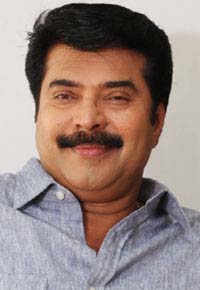 Megastar Mammootty has been selected as the most popular Malayali in the world in a poll conducted by the Asian Television Awards.


The poll was conducted by Asian Television Awards 2010, which were held in Dubai on Friday (May 14).

Mammootty beat Mohanlal and Resul Pookutty to clinch the Most Popular Malayali title in a world-wide gallop poll. Mammootty, who turned up at the event said: "This award proves that it has not affected the Malayalis' judgment. This award proves that no outside force was able to displace the icons in their mind.”

Later in his acceptance speech the actor said: "I am incredibly happy and thankful to all those Malayalis who chose me as their dearest star and I am proud of each and every Malayali in the Gulf, Kerala and the world over.”
No comments:
Email ThisBlogThis!Share to TwitterShare to FacebookShare to Pinterest
Labels: Mammootty, Mammootty mega event

In three days the CD-DVD has broken all records in Malayalam home video by selling over two lakh units. Says Moser Baer Home Entertainment CEO, G Dhananjayan : “We have already touched sales of 200,000 units of VCDs and DVDs of Pazhassi Raja, which is the highest in the Home Videos of Malayalam so far for any title”.
Moser Baer Home Entertainment went for aggressive marketing which has resulted in record sales. Added Dhananjayan: “The retailers in Kerala have put up a massive display of the title thus creating huge excitement among the customers who visit the outlets and all the stocks launched by us has been sold out”.

(Sify)
No comments:
Email ThisBlogThis!Share to TwitterShare to FacebookShare to Pinterest
Labels: Pazhassiraja

If anyone had doubts about why virtually every movie buff in Malayalam laments about the levels to which the films here have stooped, watch Pokkiri Raja. With no storyline worth mentioning, this one is just meant for the gallery, or more specifically, for the fans of Mammootty and Prithviraj. Their repeated close-ups, heroics, dialogues and the gimmickry remind some of those yesteryear Tamil masala movies at best!


As it is a custom in most of the movies of the genre in Malayalam these days, this film also begins with some flashback sequences, when the heroes were young and gets involved in certain scuffles with a rival gang. The elder one, Raja (Mammootty), moves to Madurai and becomes a don there. He sports a walrus moustache, speaks in broken English meant to evoke laughs and travels in a swanky BMW, religiously followed by more than a dozen Innova cars.

Before Raja makes his entry, almost the entire first half is focused on his younger brother Surya (Prithviraj) and his escapades. Both the men can beat any number of thugs to a pulp, sing, dance or mouth sensational dialogues. Soon, Raja comes on time when Surya is in trouble, the song-dance-dialogues-fight cycle repeats.
It is a rather poor hotchpotch of sequences from Rajamanikyam, Annan Thampi, Puthiya Mugham, Boeing Boeing (Salim Kumar trying to ape Jagathy's funny act with less finesse) and from several other films. Of course, there is no problem in having films which are just meant to entertain the viewers and the kind that ask them to leave their brains back home. But then, such films should have at least a half decent storyline and some nice moments. No such luck here!

What the film succeeds in the end is providing some fantastic visuals while the heroes make their appearance and both have been presented in super style. Mammootty and Prithviraj look handsome in their own way and the scenarist duo of Siby K Thomas and Udayakrishna have succeeded in allotting almost equal footage to them. Vysakh has done his bit to give style to every frame, with the heroes in it. But at around two hours and forty five minutes the film is tad too lengthy, especially for a loud one like this.

Shriya Saran plays Prithviraj's pair in the film and she has nothing much to do other than to look pretty. Siddique and Riyas Khan play the baddies, though they look like mere caricatures, at the hands of the heroes. Suraj Venjarammood and Salim Kumar try their best to tickle the funny bones with their usual buffoonery, but generally fall flat. Shaji's visuals look good and Jassie Gift's compositions suit the mood.