Newcomers with Mammootty for 'Balyakalasakhi'

Director Pramod Payyanur, famous for his television and theatre productions, has stated that he will be using a plenty of freshers in his debut film 'Balyakalasakhi' based on one of the most famous writings in Malayalam. The movie which will have Megastar Mammootty in the lead as late writer Vaikkom Muhammed Basheer's famous character, Majeed, will have at least 15 new names carefully selected from college students and theatre artistes in various other supporting characters. The selection camp will be held from the 22nd of Febuary at various parts of the state. Those who are interested to don a role in the movie can sent their applications to 'Living art and estheis creations, Media Box Office, 28/630-A, K P Vallon road, Kadavanthra from today.

The announcement of the production of 'Balyakalasakhi' was held recently at Ernakulam, which was inaugurated by Prof M K Sanu.The movie which will be on sets soon, will have music by Shahbaaz aman, and Raghavan master. The movie will be on sets by the month of July.
No comments:
Email ThisBlogThis!Share to TwitterShare to FacebookShare to Pinterest
Labels: Balyakalasakhy, Mammootty, Mammootty Son

If confidence is the buzzword today, Gautami Nair is definitely in tune with the times. Awaiting the release of her debut film opposite Mammootty's son Dulquar Salman, she is simply poise personified. The lead lady of the highly anticipated 'Second Show', she has no qualms revealing tinsel town was not part of her immediate plans. "I never nurtured any fancy for arc lights and not even in my wildest dreams imagined myself as an actor. After plus two I joined Pharm D course in Amrita but soon realised it was not my cuppa. So I started preparing for medical entrance in full swing and it was then 'Second Show' happened," she says.
When Gautami terms her silver screen entry an accident, she means it. "My cousin was an assistant director in the film and my stills were sent to the team without my knowledge. I was called for an audition out of the blue and in no time I was in," she says. She swears playback singing was the only film-related area she was interested in. "I thought I would balance medicine and singing," says Gautami who has already recorded for a music album.
She says 'Second Show' was a jolly good ride for her as majority of the cast and crew members were first-timers. "Since all of us were freshers, shooting was a freewheeling affair. There were many funny moments. We used to wander the Calicut streets looking for good food joints just like college-goers," she says. 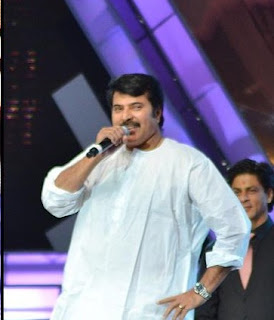 Upcoming artiste Gauthami Nair can’t stop gushing about her experience with Mammootty’s son, Dulqar Salman in the youth-packed movie, Second Show.
Gauthami, who is now settled in Ambalapuzha considers herself lucky to be Dulquar’s co-star in her debut movie.
She says, “Getting to act with Dulquar, is indeed a big opportunity for me! I was tense because I had to pair up with Mammootty’s son in the movie, but then I removed that thought completely from my mind and started considering him as my co-star in Dulquar, which was easy for me then.”
In Second Show, she plays the role of a village girl called ‘Geethu’ and certain things that Geethu does changes the life of Lalu (Dulquar).
The petite beauty has lots to express about her experience with her co-stars. “I enjoyed each day and didn’t realise when the shooting got over finally.” She recollects a scene where she had to slap Dulquar several times.
It’s a must-watch movie says the young star, because of the energy-filled young cast and a different storyline altogether. “I am sure that the two-hour movie will entertain the public and will be worth watching,” adds the actor.
Gauthami completed her schooling in Kuwait came down to Kerala to pursue medicine. Following her father’s footstep, Gauthami too wanted to become a doctor but the world of glitz and glamour beckoned her.
“My cousin sent my photos to the associate director of Second Show and I was selected after an audition,” she added. The young girl who does not want to give up her studies for movies is presently doing a correspondence course in literature.
Although settled in Kuwait, Gauthami didn’t face any language problem and is comfortable speaking Malayalam. However, debut director Srinath Rajendran considered her voice a tad unfit for the role of a village girl so, this coupled with her NRI accent meant that the movie had to be dubbed.
About her future plans and her stint in films, Gauthami says wants to wait for the release of Second Show on January 20 before she answers the question. “I want people to see me on the big screen.
I want to hear their comments and then I will decide whether I should take up any other projects or not,” says the actor.
No comments:
Email ThisBlogThis!Share to TwitterShare to FacebookShare to Pinterest
Labels: Dr.Mammootty, Mammootty

Dulquar Salman, the next Mammootty in the making?

Ever since the marriage news and wedding pictures of Mammootty's son Dulquar Salman and wife Amal Sufiya has been out, people have been wanting to know more about the superstar's son.Dulquar Salman married architect Amal Sufiya in a private ceremony on December 22nd at Sheraton Park Hotel in Chennai. His father Mammootty even hosted a reception for the couple in Kochi Ramada resort on December 26th. Suddenly, the film industry as well as the common masses have begun to show great interest in Dulquar Salman, who also resembles his father, superstar Mammootty.Where did Dulquar Salman get his name from?Dulquar Salman's name comes from two brave soldiers in Islamic history - Dulquar Nayina and Salman Alpharis. However, Salman is known as Chalu at home. What about Dulquar Salman's education?Dulquar Salman studied in Kerala till first standard, after which he joined Shishya School in Chennai. Dulquar Salman also has a degree of business administration from the US. When Dulquar Salman met his wife Amal Sufiya?Dulquar Salman apparently revealed to his wife about his interest and desire to act in films at their first meeting itself. Dulquar Salman's interest in CinemaMore than wanting to be an actor, Dulquar Salman wanted to be a filmmaker. He was more interested in the technicalities involved in filmmaking. Salman even captured a shortfilm with his father's camera while he was in the eighth standard. He has made the domestic helps act in the film. Though director Shyamaprasad offered him a role for the first time, Dulquar was reluctant and thought that he must first study the various aspects of cinema in detail and hence did a short term course in film.Dulquar Salman will soon be seen in the film Second Show. The film is being made by a team of youngsters, all eager to explore the medium. Mammootty is obviously very proud of his son. While talking about his humble launch, Mammootty said, “I never got a premiere launch in cinema. During those struggling days, I was known as Mammootty, the son of Paanaparambil Ismail. It was only later that my father came to be known through me. Now, Dulquar is known as Mammootty's son. If I am destined to be known as his father, let it be so.”
No comments:
Email ThisBlogThis!Share to TwitterShare to FacebookShare to Pinterest
Labels: Dr.Mammootty, Mammootty

Pokkiriraja for a Hindi remake

As director Vysakh is all set to kick off his new movie 'Mallu Singh' by this weekend, his debut film 'Pokkiriraja' is getting ready to go places. Bollywood star Akshay Kumar who has got an immense liking to the film is ready to buy the remake rights of the movie which will be made in the title 'Nam Bhai Boss' in Hindi. Akshay, naturally will be appearing in the role that Mammootty has done immortal in this big hit of 2009.  Theatre model and Pakistani actor Imran Abbas will appear in the role of Soorya that Prithviraj has done in the original. The director of the multicrore multistarrer 'Blue' Antony Dsouza, will call the shots for this remake which will be on theatres by the end of this 2012.

Another interesting development is that Akshay has also bought the redo rights of 'Appadi Podu'... Vijay's hit song from the movie; Gilli- for including in this film. The year end is sure to witness Akshay dancing to the steps of 'Appadi podu..' and speaking the dialogues of Mammootty in this remake of Pokkiriraja.
No comments:
Email ThisBlogThis!Share to TwitterShare to FacebookShare to Pinterest
Labels: Dr.Mammootty, Mammootty

As we all know, Prithviraj is quite outspoken. Sometimes calling a spade a spade has had landed him in a few awkward situations.


Lately, the Mollywood buzz hints that Prithviraj has opted out of Mumbai Police, obviously because of clash of dates and Mohanlal.

He was to have played the lead role in Mumbai Police directed by Roshan Andrews.


Prithvi said that he pulled out of it as the project was getting delayed, and he was tired of the long holdup. Roshan is busy with Casanova. The plan was to shoot Mumbai Police during July and release it by December.


Roshan could not meet the Casanova schedule because Mohanlal had given impromptu dates to his director-friend Priyadarshan for his Bollywood flick Tezz and just released Arabiyum Ottakavum P Madhavan Nayarum.